By Alan & A Good Friend | A Belgian Duo

Definition of a quarry.

Cascade is the French word for waterfalls. As we have some small waterfalls here in Belgium like the Cascade De Coo & Cascade du Bayehon, there are even smaller ones in the country which are all nothing compared to other massive ones around the world. But we Belgians do enjoy their uniqueness and sometimes visit these waterfalls when the weather is perfect for a hike. They may be more impressive after heavy rainfall when water levels rose to fill up the small streams. This time around it didn’t rain very often and we found just a cute waterfall in Chanxhe, not far from the city of Liège.

Minerals and its uses

Why we need them minerals?

What is a mineral?

“A mineral is an element or a chemical compound that is normally crystalline and that has been formed as a result of geological processes.” 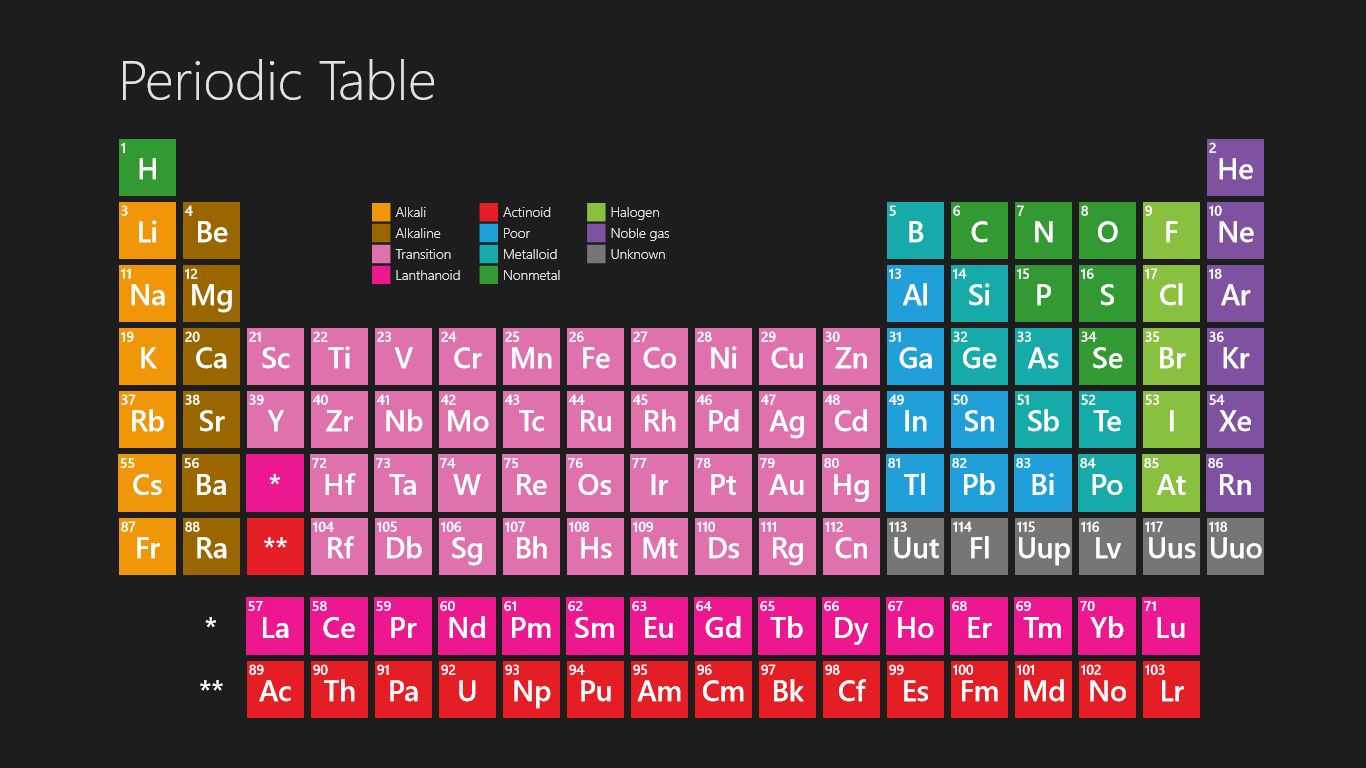 Today, mining is less and less significant business in Belgium and there are many minerals that are being imported from other countries in Europe and the rest of the world.

Our key natural resources include industrial and construction materials such as limestone, cement, silica sand, and dolomite. The leading mineral operations in Belgium include the production of steel and the refining of zinc & copper.

Despite the cost of our factories and workforce expenses our steel undustry collapsed significantly and moved thereby from west Europe to east Europe, leaving a lot of factories abandoned and exposed to squatters, urban explorers and vandalists alike.

Where were they also used for?

Industrialization brouth people to the cities where work was and where people could earn enough to support their hungry families in the countryside.

Meanwhile underground everything was empty and excavated by many men. Rocks were split open and the tunnels formed huge underground galleries which eventually could still be used as a second purpose.

And so these quarries were used for growing mushrooms. Rows of mushroom beds were made with the help of horse poo and in the picture below this practice can still be found today.

What was it we rediscovered?

I was just a little surprised there was still active water pumping going on in some quarries we have explored, of course, otherwise the quarry would have been completely flooded with rainwater. Hence the mine was still accessible to us, the explorers.

Although these mines are actually forbidden to enter, I was guided by an expert who explored many mines before. Deep underground and open-pit ones.

We knew what we were doing and we did it carefully.

So, what did we rediscover?

Equipment was in some of them still there and ready to use at any given moment. Fresh truck tracks leading in the angled mine were a sign of recent life inside this rocky cave where water was being pumped out.

These scenes gave us beautiful pictures as a result.

Small lakes can be seen here and we remind you to not dare to take a swim in it as it can be very cold water and it isn’t the best water to swim in.

Small volcanoes under the water can be seen, which was a very cool sight, I admit.

The crystal clear water was perfect to photograph and the ground beneath it could be seen from afar.

Be sure to bring enough light in case you want to enter this exquisite underground maze of tunnels!

By the architecture and design practice MVRDV.

By Alan & Lourdes | A Belgian & A Filipina

What does it stand for?

MVRDV is an acronym for the founding members of the architecture and design practice with the same name: Winy Maas, Jacob van Rijs and Nathalie de Vries. Founded in 1993 in Rotterdam, The Netherlands. Current offices with 250 employees are located in Rotterdam, Shanghai and Paris. Check out their amazing creations, click here to learn more.

World’s fairs or world fairs haven been in existance for quite a long time and can be officially traced back to The Great Exhibition of 1851 in London where the Crystal Palace was made out of cast iron and glass by architect Sir Joseph Paxton.

These fairs, or World Expos as we modern Europeans call it, are designed to showcase a nation’s achievement through architectural pavilions. Participants of the World Expos usually build their own pavilions and are thereby the most expensive exhibitions out there.

In the year 2000, the World Expo was held in Hanover, Germany from Thursday 1 June to Tuesday 31 October 2000. For this event the Hanover Fairground (Messegelände Hannover) was chosen, which was originally a place where military aircraft were created.

At the Expo 2000 were 40 million visitors expected but a mere half appeared at the event and it unfortunately became a flop and financial failure as a result. Nevertheless the Dutch pavilion present at the exhibition seemed to be very successful for the Dutch Economy despite a generally failed expo at the time.

As Alan’s friend Hannes was studying architecture in Antwerp at the moment of their travel they planned their trips to fulfull their needs with either empty buildings or architectural highlights in places less explored. They visited Berlin 2 years earlier in April 2012 when they had seen leftovers of the winter’s snow and took father’s tent to accommodate their nights to make their trip a little less expensive.

Yes, that’s the way they loved travelling, but now in 2021 we de enjoy a little more comfort and book sweet hotels when travelling afar destinations. Although it’s not me and him that travel very often nowadays, it is now Alan and his lady Lourdes who explore the heart of the Philippines every other year or so.

Back to Hanover 2014, where Alan & Hannes took the car from Antwerp to Germany & Poland to attend a Belgian/Polish family wedding. Our trip lasted about 3 weeks and on our schedule was the Netherlands Pavilion from the Expo 2000 exhibition event located in Hanover.

We well knew it was abandoned for years and that is exactly why we wanted to take a glimpse of this extraordinary building. Just to see with our own eyes what the Dutch had created 14 years earlier.

It was painful to see such an inventive creation to be in such despair and actual state of decay. Vandalists came long before us…

In the picture above you can see Alan posing for a photo while sitting near the edge of a huge building in decay.

This is called urban exploration at its best. No guard, no fence, no people, well almost no people, no rules, no nothing. Well, haha, we wish right!

Actually these properties still belong to someone or the government, but are usually left behind unattended and neglected for years. So basically one can freely enter, but beware to enter with caution and great awareness of hidden dangers are always lurking around the corner. Take full responsibility if you want to enter, especially when taking other people with you and we suggest to explore at least with two or even three in case something bad might happen. You never know!

Is it going to be preserved?

Plans are on the table to preserve this creative piece of architecture from the MVRDV team.

But no sketches of it have been shared as of yet.

Our Squeaking Adventure While Exploring Berlin.

By Alan & Hannes | A Belgian & A Belgian

As we, Alan & Hannes, were invited to attend and also film the marriage of Alan’s 2nd cousin Nicky and Mateusz who is of Polish descent, we planned our trip by car to Poland through Germany with a couple of stops on the road.

First stop, Hanover, Germany, where we checked out the MVRDV building from Expo 2000, which was, off course, inaccessible due to abandonnement and closure of the site. Read the post here.

Second stop, Berlin, also Germany, we found out about the once famous Spreepark, which closed its doors in 2002 and opened in 1969.

We didn’t regret our secret explore of this exciting theme park!
Read on to find out what we came across.

It must be said that, at the time of the event, we both were 24 years of age and we were kind of stunned by the fact that a place like this was left behind for more than a decade, just because it went bankrupt as less visitors came to the park.

We didn’t understand quite well where all those kids and parents would go to if they like to enjoy a good theme park likes this.

There’s a lot of amazing cool rides in here, yes, they are a bit old and outfashioned. But when refurbished and with a fresh layer of paint, it would be good enough for many kids out there. At least that’s what we think.

Now, 7 years later, we’re writing about this place and to our surprise the government of Berlin has plans to reopen the park step by step.

Our sad faces turned into happy ones after all.

It Wasn’t That Hard

All of us know that there is a ferris wheel in every theme park in the world and every explore is about finding that first and explore the remaining later. For us, we were in unknown territories as Germany isn’t our country of birth, so we were very cautious and didn’t want to get noticed. So we stayed out of sight most of the time and we had a great amount of fun too.

We’re always psyched about our urban explorations. This “thing” is so much fun, although actually not very nor always legal to trespass a property that still belongs to an individual or city. There’s always an owner who might have guarded their property, or maybe not, but always be careful when considering intruding such big scale of properties as it isn’t always safe to hang out.

Always go with at least two people, so if one gets into trouble for any reason, then the other one can search for help or try to control the situation himself or herself. Advice for the young people out there who love exploring abandoned stuff. People do die in abandoned buildings because they are not careful enough or explore on their own.

The park has in fact a whole path around it where one can enjoy the view of the Spree river and the old park at the other side of the fence. Hiking, biking or strolling around with the kids is a very nice activity on a quiet Sunday afternoon.

The GDR built it’s first and ever only Kulturpark in the GDR in 1969.

With the highest attraction being the Ferris Wheel standing tall at a height of 45 meters. This Wheel still spins and makes creepy noises, check out our video here.

Concept drawings were created in 2018 with the intention to open the park once again in three main stages.

From 2022, the Eierhäuschen (Egg House) will be open for the public, then, in 2024 the area around the ferris wheel will be accessible, and at last but not least, in 2026 the entire Spreepark will be completed.

All five stages are properly explained on the website of the Spreepark, which you can check out here. 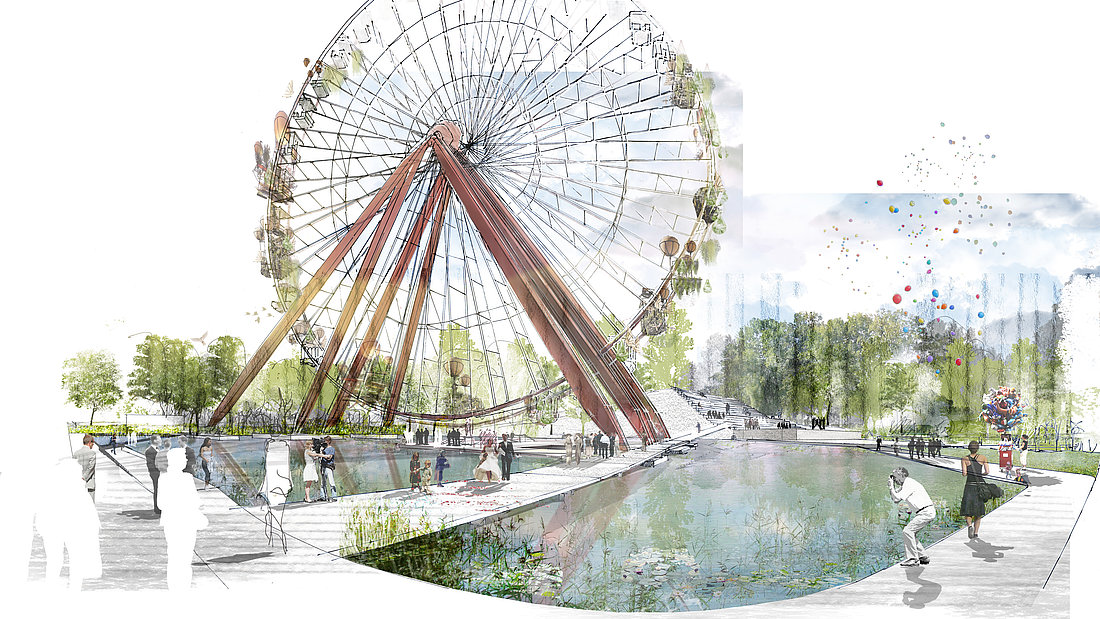 Now you can officially visit the park with prices at € 5 for adults & € 3 for children from 6 to 14 years old.

Get your tickets here.